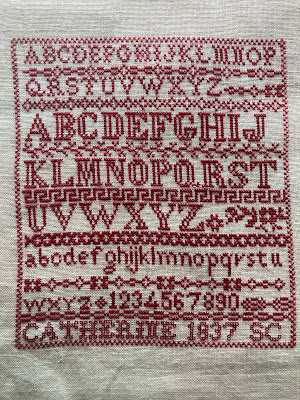 To avoid prosecution and persecution by the North Carolina Home Guard, William joined the Army of the Confederate States of America.  He became part of the 2nd North Carolina Infantry, Company B.  He was killed in an ambush on July 1, 1863 in Gettysburg, Pennsylvania, the first day of the Battle of Gettysburg.  At the time of his death, William and Catherine had one son, John and she was pregnant with their second child.

Catherine married Levi Plemmons on July 5, 1865.  Catherine and Levi had five children:  Jesse Sylvester Ray, Merimon Fletcher, Steven, Mary Elizabeth, Merrit R., and Harley.  Catherine and Williams sons became wards of their paternal Grandparents, Daniel and Nancy Price.  I have often wondered why these children lived with their Grandparents.  Was Catherine financially and emotionally unable to provide for the boys?  Was there a disagreement between the families? My Great Great Grandparents Daniel and Nancy lost two sons in the Civl War, William and Phillip Fidella.  William a soldier in the CSA and Phillip a soldier in the U. S. Army.   Perhaps these two grandchildren filled a void in their lives and helped them deal with the grief and death of their sons.

Catherine died April 7, 1921 and is buried in the Mount Pleasant Church Cemetery in Madison County, North Carolina.  She died from valvulitis, an inflammation of the values of the heart probably caused by rheumatic fever.

This sampler was stitched in remembrance of Catherine.  Historians have described Madison County as the most disputed and fought over part of the mountains during the Civil War.  This sampler is a reminder to me of the strength and resilience Catherine demonstrated during her life.

Posted by Samplings from Spring Creek at 9:48 AM 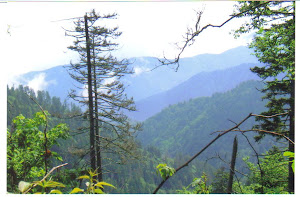 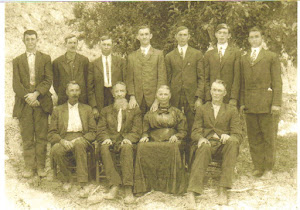 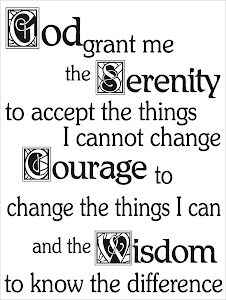 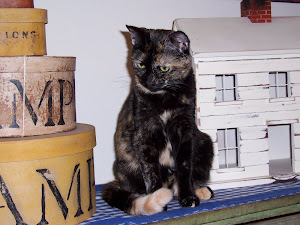